The average American spends 3 hours on their phone (not including making phone calls) and touches their mobile device over 2,600 times during the course of a single day. Our smartphones have come to replace everything from laptops to television, music players to cameras, maps to pedometers.

While the evidence of our growing cell phone obsession is pretty hard to miss (just look around you next time you ride the subway!), we decided to find some hard data to back up our suspicions.

The demand for extra battery life is clearly powering the sales of portable battery chargers and juice packs as our smartphone creators still haven’t built batteries that can keep up with our 24/7 digital lifestyle.

And for those power-hungry “on the go” consumers who don’t own a portable charger or who left their charging cable at home, there are phone charging stations. The average monthly Google searches for our product – “phone charging station” – has also seen a remarkable increase of 130% since 2012. 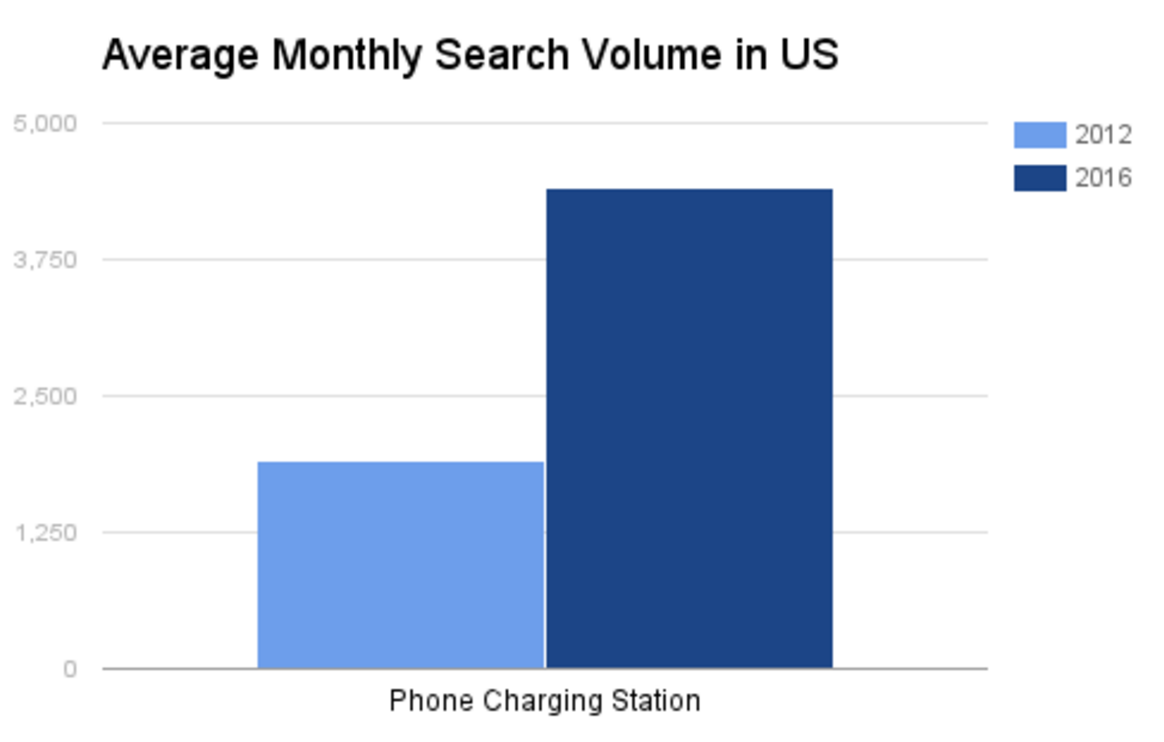 With over 2 million phones charged already, ChargeItSpot is well positioned to serve the thousands of consumers searching for “phone charging station” every month. We always believed phone charging stations would become the next indispensable amenity. It’s nice to know that Google would agree.