mAh stands for milliamp (or milliampere) hour and it’s a unit that measures (electric) power over time. Milliampere hour can be spelled with any of the following symbols; mA⋅h, mA h, or simply mAh. For a more detailed, technical definition, check out the Wikipedia page for ampere hour. 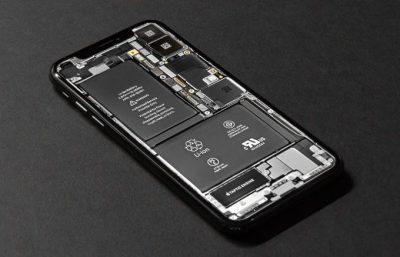 How does mAh affect battery life?

Most frequently used to measure the energy capacity of a battery: the higher the mAh, the more energy it can store, which translates to a longer battery life. To calculate a battery’s life, you’d need to divide the capacity of the battery by the current required by the object it powers.

Which phones have the best mAh?

You may have come across the term mAh in the news headlines recently when Avenir Telecom debuted the Energizer phone, a prototype for an Android phone with a whopping 18,000 mAh (!)  battery capacity. To put that number into perspective, the Samsung Galaxy S10 packs in a 3,400 mAh and the Galaxy A50 is one step above with 4,000 mAh. So an 18,000 mAh phone like the Energizer could conceivably last for 50 days (in standby mode) on a single charge!

Unfortunately, the Energizer was DOA, raising a scant $15,000 in its Indiegogo campaign. Consumers were none too pleased with the phone’s brick-like shape, subpar technical specs and rather preposterous price tag ($549 for the “early bird” rate).

The most popular smartphones today come with a capacity of 2,500 to 4,000 mAh. You can head over to Tom’s Guide for a ranking of the phones with the best battery life, with the Moto G7 Power claiming the #1 spot with an average of 15 hours and 35 minutes of battery life. Compare that to the iPhone 11 which has only 11 hours and 16 minutes of life span. Android phones, overall, tend to fare much better than iPhones in the battery life department.

Of course, a higher mAh doesn’t necessarily mean the phone is better. There are many factors to consider when choosing a new smartphone and while internal battery life is important, you can always power up at one of our free phone charging kiosks or purchase a portable battery pack to top off on the go. 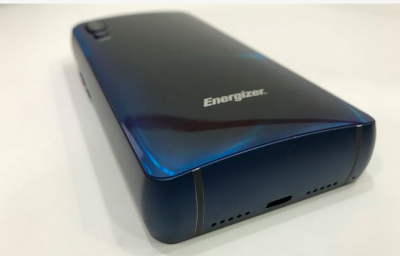 Ok, so how much mAh does a portable charger need to have?

This is a very important question you need to answer before you purchase a portable battery pack or charger. Here’s the easiest way to determine how much mAh your portable battery should have: First, figure out the mAh value of your smartphone (eg. 3,000). Then, decide how many charging cycles you want your portable power bank to supply (remember: the more charging cycles, the steeper the mobile charger’s price tag!). For example, if your power bank has an mAh of 9,000 and your phone has an mAh capacity of 3,000, the power bank will give you a total of three charging cycles.

Will we ever have phones with good battery life???

As we stated in our blog post Phone Charging: The New Power Economy, skimpy battery life is the Achilles’ heel of every smartphone provider in the world. This is mainly because today’s batteries are based on lithium cobalt, a battery technology that hasn’t changed since the ‘90s. And while battery life in phones have increased by a mere 1% per year, our data usage is essentially doubling every two years!

While there’s hope that researchers will find a new battery technology – like solid-state batteries – that can perhaps squeeze in a bit more juice in our phones without adding on too much bulk, the reality is that by the time that new technology rolls out on a mass scale, our smartphones will be even more sophisticated, requiring more data usage, and hence bringing us right back to where we started. So be sure to download the ChargeItSpot app so you can always find a free phone charge near you!