The “retail apocalypse” is upon us. Or so the media wants us to believe. Since the beginning of 2016, media outlets have been trumpeting news about massive American retail store closures and bankruptcies due to the middle-class squeeze and the rise of e-commerce. Headlines warn of the impending doom of traditional brick-and-mortar shops while hailing Silicon Valley e-commerce startups as the future of retail. But as any smart consumer already knows, clickbait headlines don’t often reveal the full story. While the retail industry is certainly adapting to some new realities, the big-picture numbers paint a far less apocalyptic picture.

On a year-over-year basis, total retail sales (excluding autos) increased by 4.6%[1]. In September, US retail sales grew by 1.6% month over month – the biggest monthly sales increase in more than two years![2] Essentially, every month this year has seen a steady increase in sales over the same period last year. 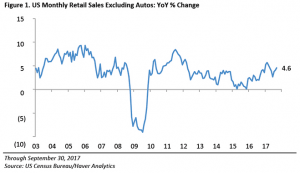 Furthermore, a groundbreaking study[1] by research firm IHL published in August 2017 looked at over 1,800 retailers and restaurant chains with 50+ US locations across 10 retail vertical segments. The massive study revealed a net increase in store openings of over 4,000 in 2017. That number increases to over 10,000 if you count retail chains and restaurants with less than 50 locations! For each company closing a store, 2.7 companies are opening stores. IHL’s study also noted that 751 brands are increasing their store counts (versus 278 that are reducing them). If we look at the total percentage numbers, they show that 42% of retailers are opening stores, 43% are basically “holding steady,” and only 15% are net decreasing their number of stores. Some apocalypse! 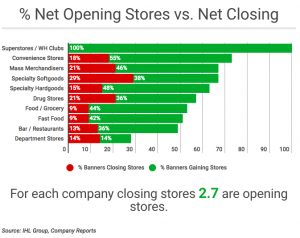 An Industry in Flux

The IHL Group study apposes the retail apocalypse myth, but that doesn’t mean that all’s well in the world of retail.

Retail has always been a highly dynamic, competitive and fast-changing industry. The ever-shifting consumer behavior – spurred by the technology revolution and the omnipresence of smartphones and personal computers – is obviously driving retailers to “adapt or die.” 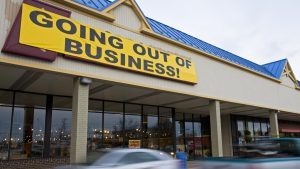 Not surprisingly, the retailers that overlooked challenges and failed to adapt a decade ago are facing even bigger problems today. The IHL study noted that just 16 chains accounted for 50% of all store closings! And out of those 16 chains, 5 of them accounted for 28.1% of the total stores being shut down! Is anyone truly surprised that some brands are facing massive layoffs, store closures,  and bankruptcies? The failures of long-struggling chains should in no way represent the economic potential of the retail industry as a whole.

So What’s Next for Retail?

Digital analyst and author Brian Solis recently shared an excellent slideshow highlighting the 11 Trends in the Future of Retail:

In the slideshow, Solis declares that, in order to satisfy the customer’s changing behavior, the store must become “an in-store experience platform to drive engagement and conversion (…) infused with technology.”

So while retail is overall healthy, there’s been a general consensus amongst industry experts – like Solis – that retailers should look to create engaging and exciting in-store experiences. Gone are the days of “if you build it, they will come.” Experiential marketing, coupled with technology that’s in service to the consumer, is the much-needed antidote to survive the retail apocalypse.