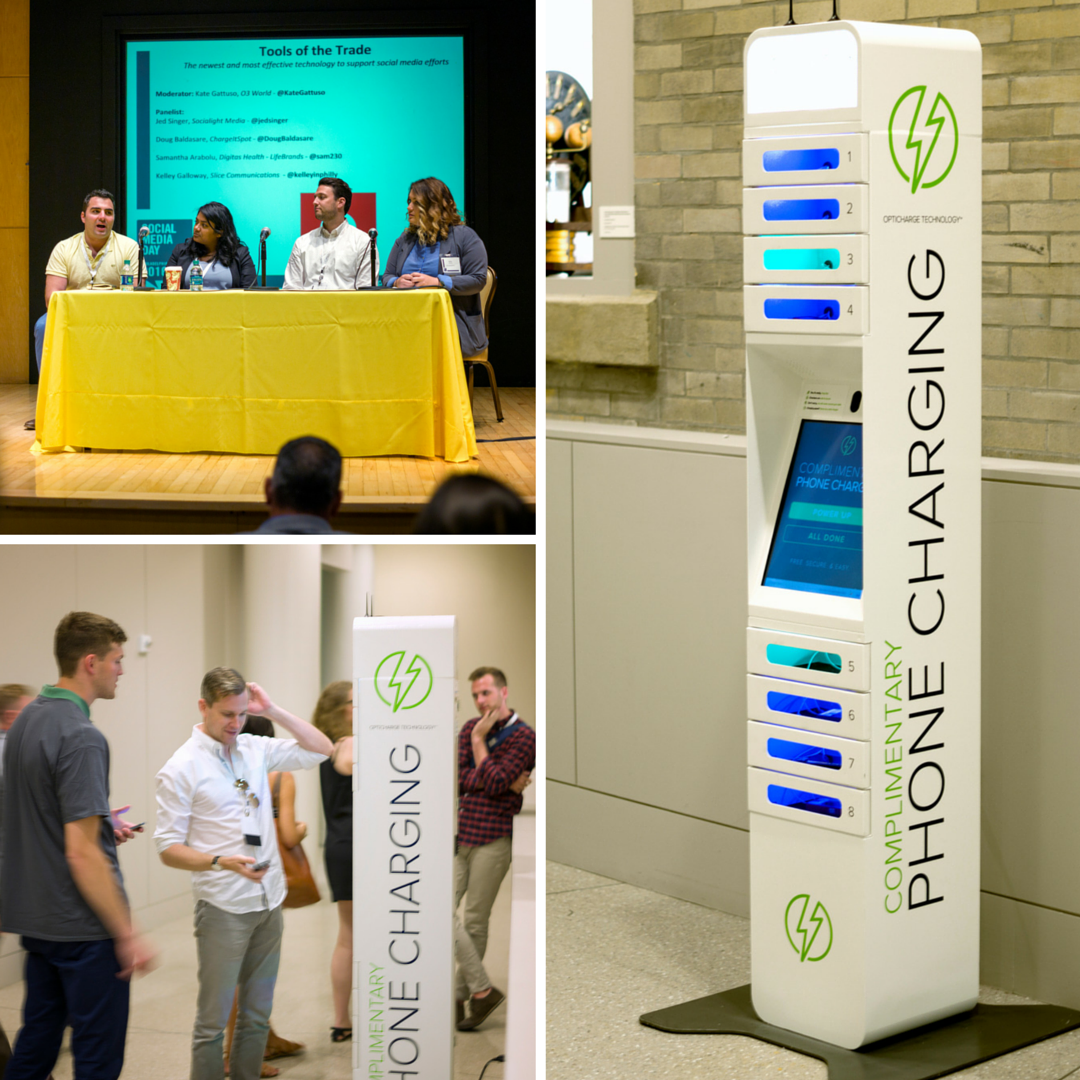 June 30th, 2016 marked the seventh annual “Social Media Day,” a worldwide event originally created by Mashable that recognizes and celebrates social media’s tremendous impact on global communication. This year, ChargeItSpot founder/CEO Doug Baldasare was invited to participate at Social Media Day in Philadelphia which took place at the Franklin Institute. His panel discussed the latest social media trends and Doug revealed some of the company’s strategic uses of social media channels and management tools like SproutSocial.

Another notable presentation from #SMDayPHL was a talk about “The Role of Social Media for Today’s Consumers” by Twitter’s own Sales and Marketing Strategist, Erin Dress (@ErinDress). Erin focused on the impact of social media on millennials whom she claimed make up more than half of Twitter users. She also revealed some interesting data about millennials’ cell phone usage (“Millennials unlock their iPhones an average of 150 times a day!”), low attention span (a mere 8 seconds, thanks in large part to our growing phone addiction) and their preference for mission-based brands.